DECONSTRUCTED: An Insider's View of Illegal Immigration and the Building Trades by Loren C. Steffy and Stan Marek

Illegal immigration is among the most challenging and divisive issues facing America. With few changes in immigration laws since 1986, the undocumented population has swelled to an estimated 11 million.

DECONSTRUCTED unravels these economic issues and their human toll through the eyes of Houston businessman Stan Marek, who's watched the immigration crisis unfold over 40 years. A descendant of Czech immigrants himself, Marek runs one of the largest specialty subcontracting firms in the U.S. He has seen construction work devolve from offering middle-class careers to trapping illegal immigrants in the shadows of the economy— paid in cash, without overtime or access to health care. Marek sees a burgeoning crisis for his industry, the national economy and the undocumented immigrants themselves - a crisis he has vowed to prevent.

In DECONSTRUCTED, award-winning business journalist Loren Steffy traces Marek's own family history, intertwined with changes in immigration law for more than a century. Steffy examines the economic forces driving illegal immigration and outlines solutions that could enhance our economy, the construction business, and the lives of immigrants.

COVID-19 has reduced our ability to do book signings. Therefore, we're offering copies, signed by both authors, through our Amazon store. Click here to order yours and for a limited time get 25% off. 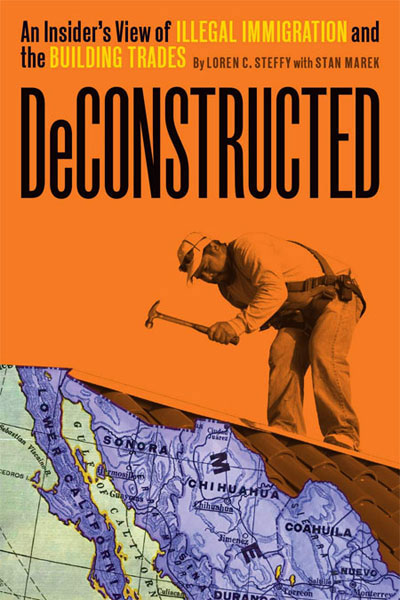